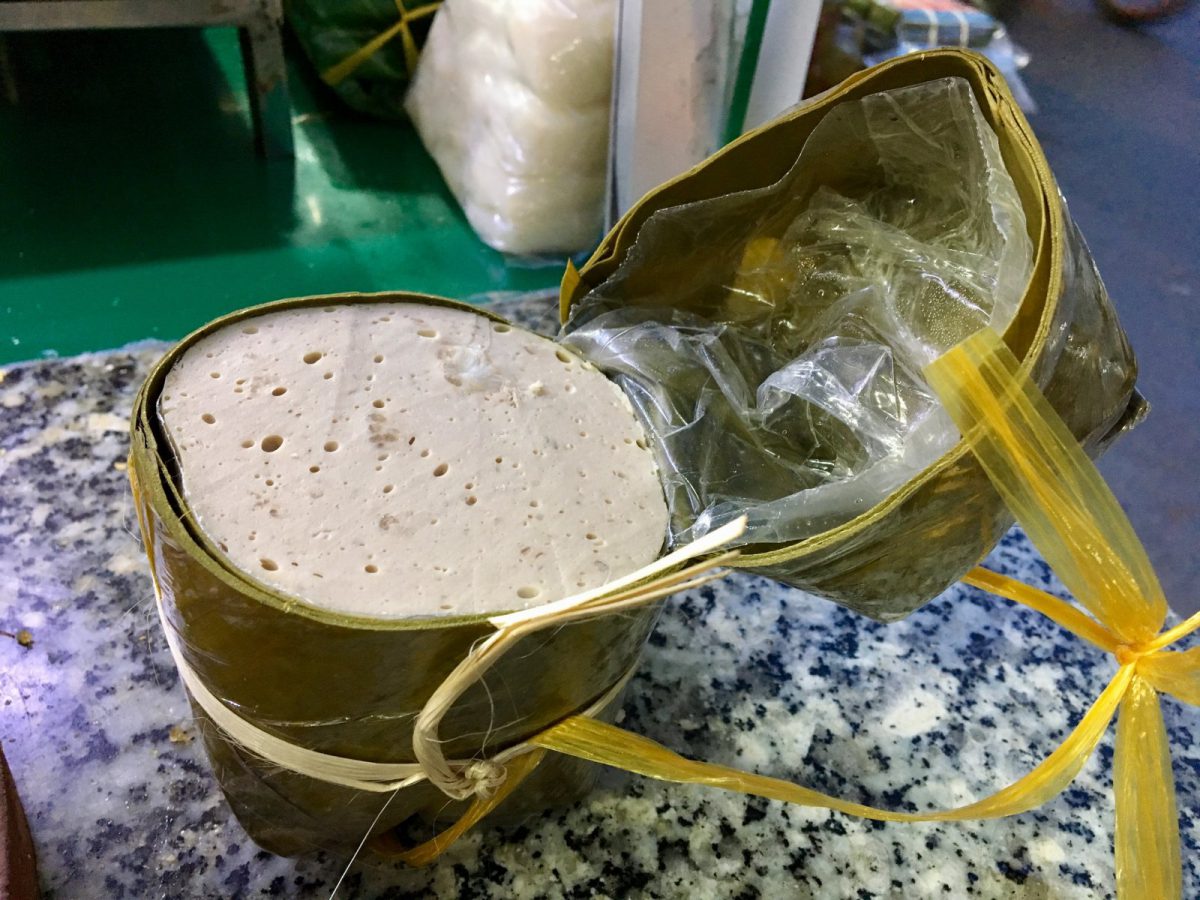 While living in Vietnam, I occasionally came across some mysterious dishes which I would call “food in disguise”. Chả lụa would be definitely one of them. It’s a good example of a dish that pretends to be something that it is not. When seen around food stalls in Vietnam it looks more like a piece of vegetable than a meaty snack.

Yes, Chả lụa is “a sausage in disguise”!

A minced, meaty mixture generously wrapped in banana leaves. Btw: Don’t eat the banana leaves. They are not edible by normal mortals, unless you happen to have a digestive system of an herbivore 🙂 Once I learned what Chả lụa was, and how cheap and easy it was to get, I became a big fan of this humble but popular side dish of Vietnamese. It goes well with Bún Bò Huế or some other noodles soups. I personally also enjoy Chả lụa as a filling to my Banh Mi, even though it’s not a very popular combo among my Vietnamese friends. 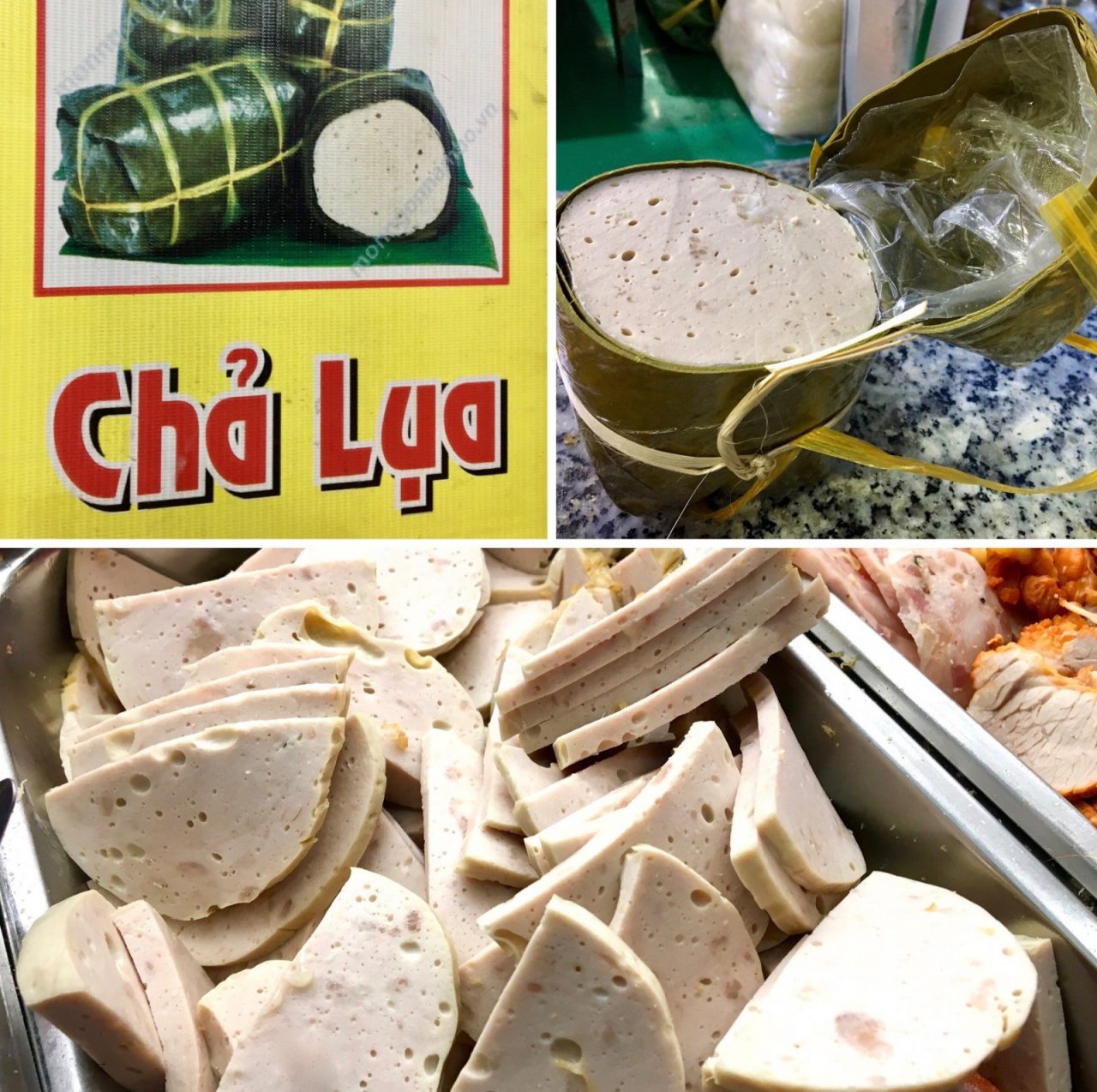 From my experience, Chả lụa is probably the most common type of sausage to be found in Vietnamese cuisine. It’s made of lean pork, potato starch, garlic, ground black pepper and nước mắm (fish sauce). The meaty mixture is tightly wrapped in banana leaves into a cylindrical shape and boiled in water for long enough to kill all germs and bacteria, and also to give it a very distinct look and taste.

The usual cost of Chả lụa should be around 150 000 VND per sausage (big wrap) when bought from street sellers or small shops around Vietnam.

Chả lụa is fairly safe street food to eat. When correctly cooked it can be stored at room temperatures for about one week and when refrigerated, it can last for up to 3 – 4 weeks.

Chả lụa and Chả Huế – the same same but different!

Chả lụa should not to be confused with the smaller version of a very similar sausage, colloquially known as “Chả Huế” – see the image below. It’s basically the same snack except it’s smaller and more prolonged compared to its larger sibling. Also Chả lụa is more popular in North Vietnam, especially in Hanoi, while Chả Huế dominates Central and South Vietnam. 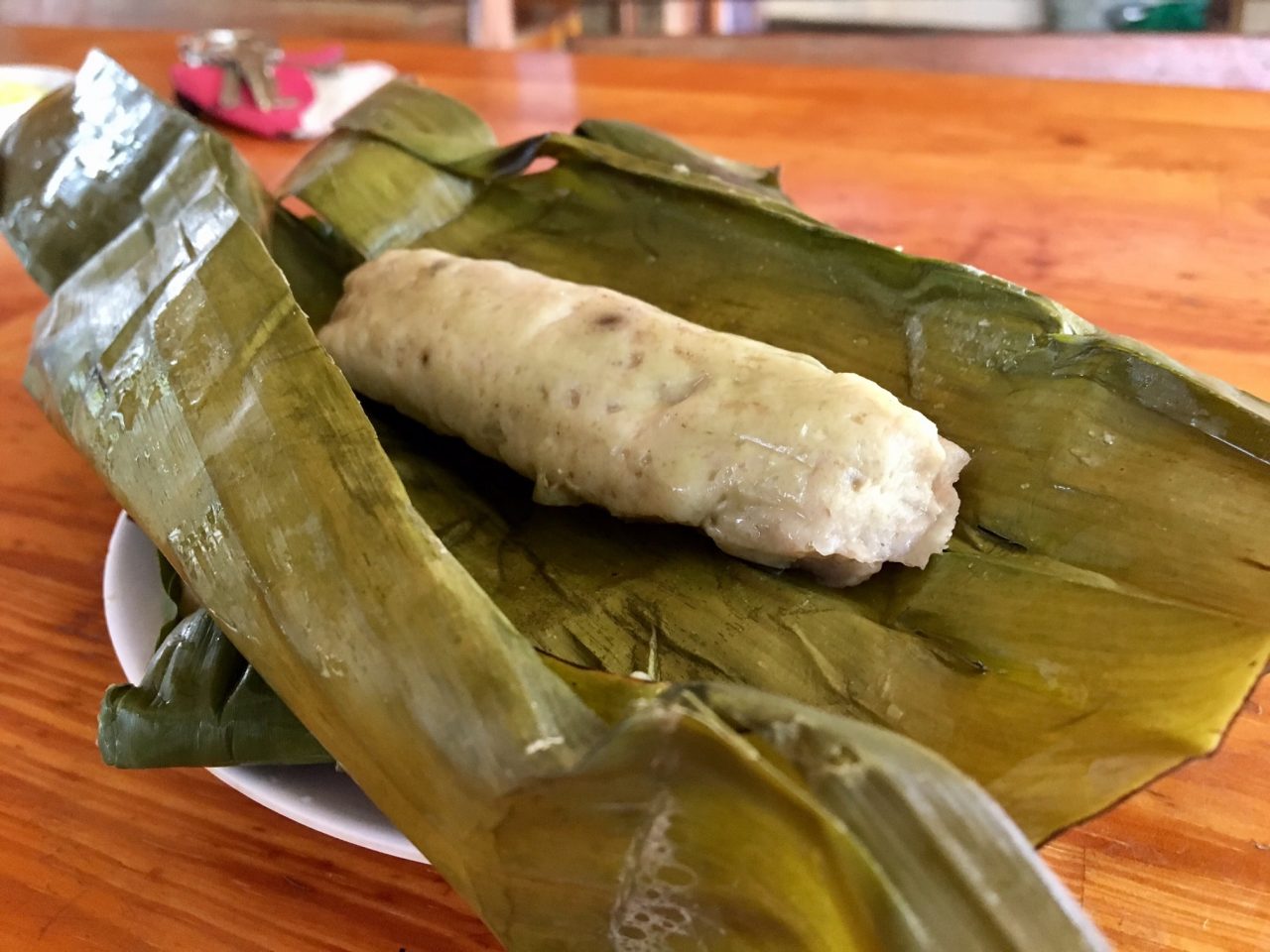 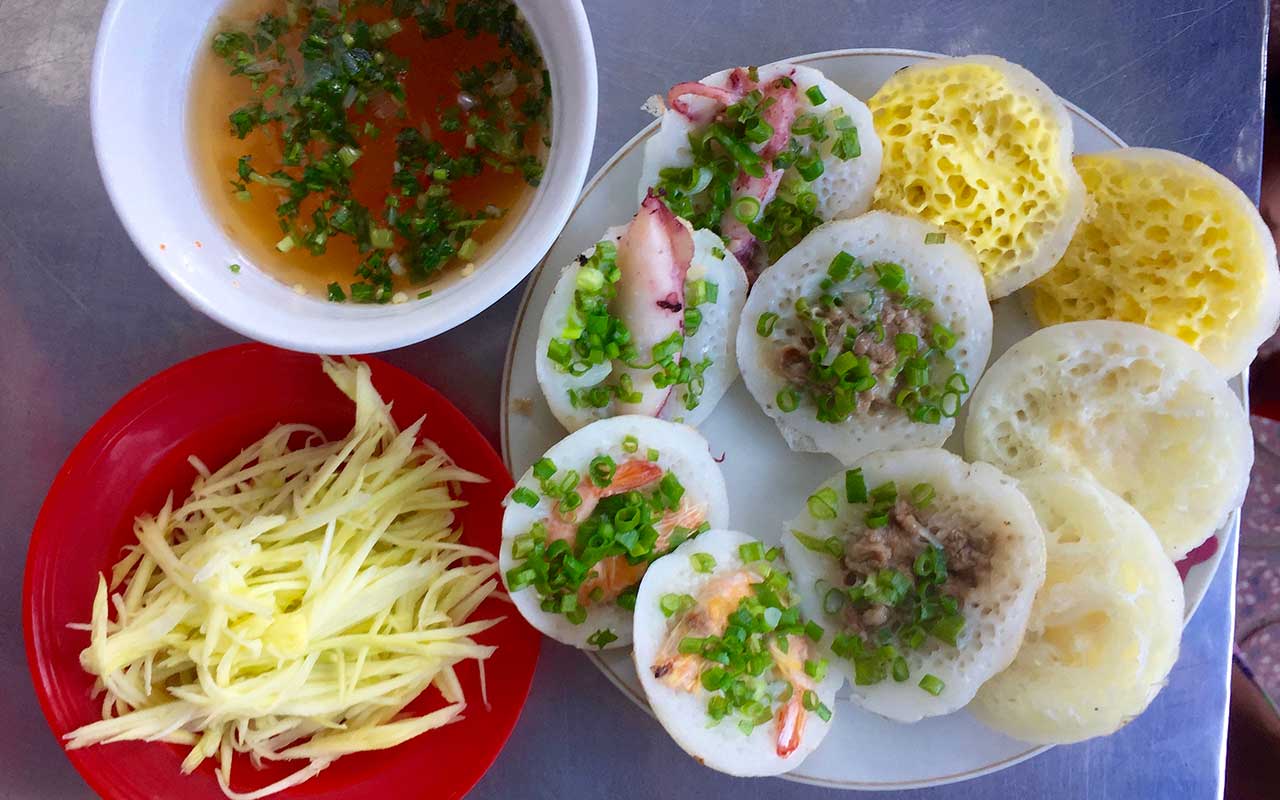 Mini pancakes made from a rice flour grilled on a special terracotta pan. 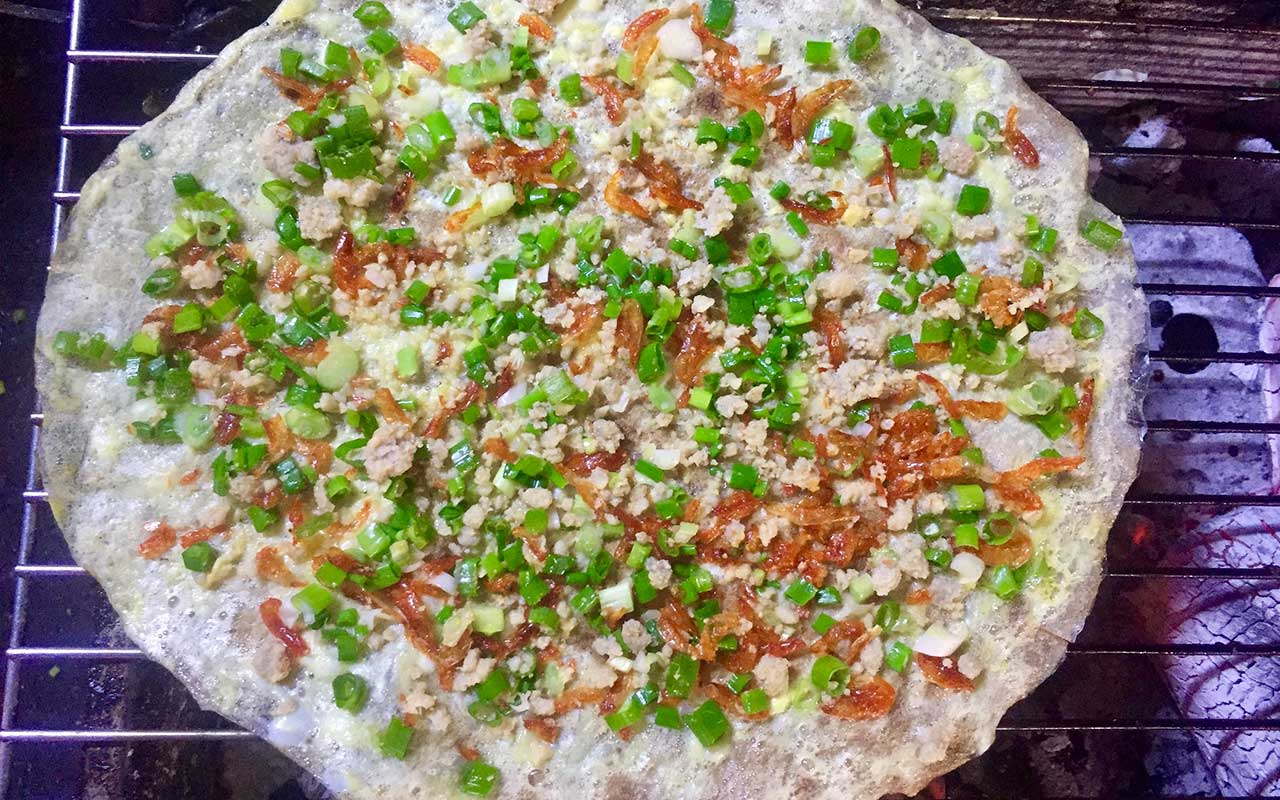 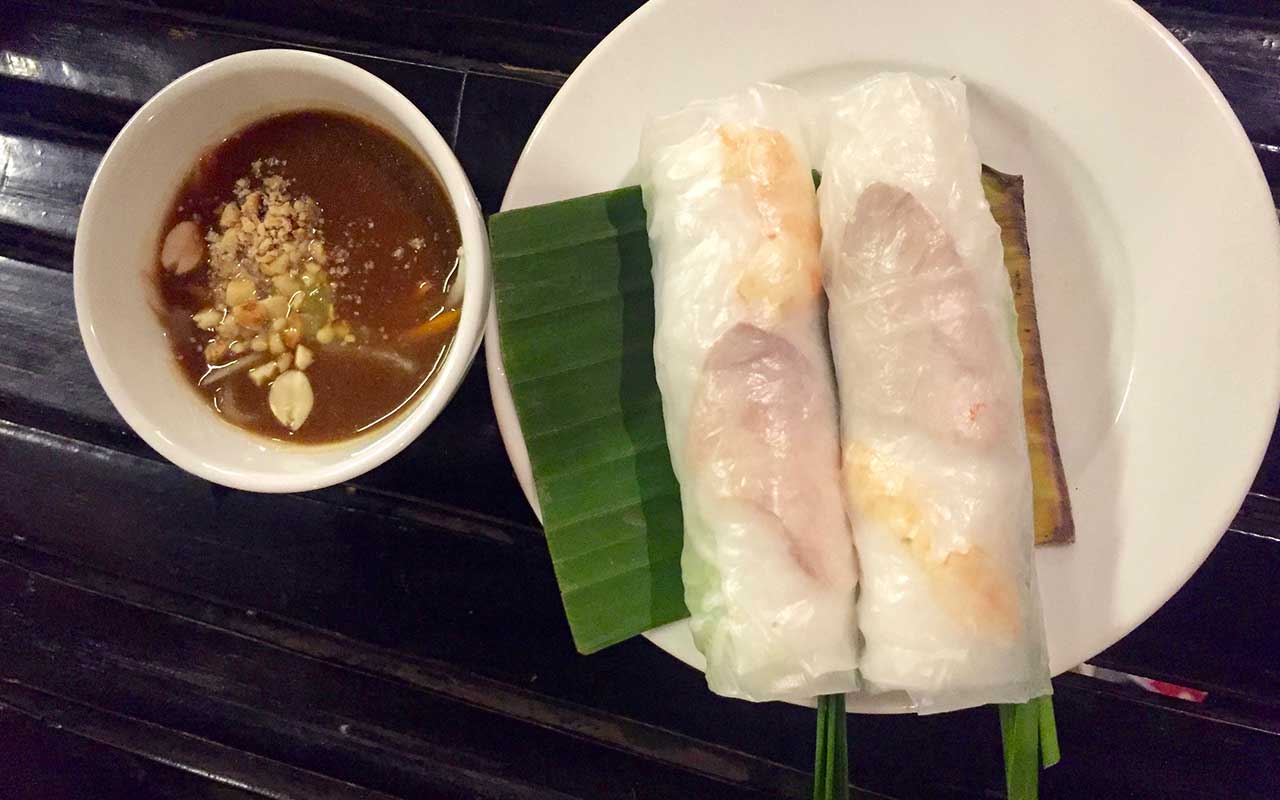 A salad packed into an edible container. 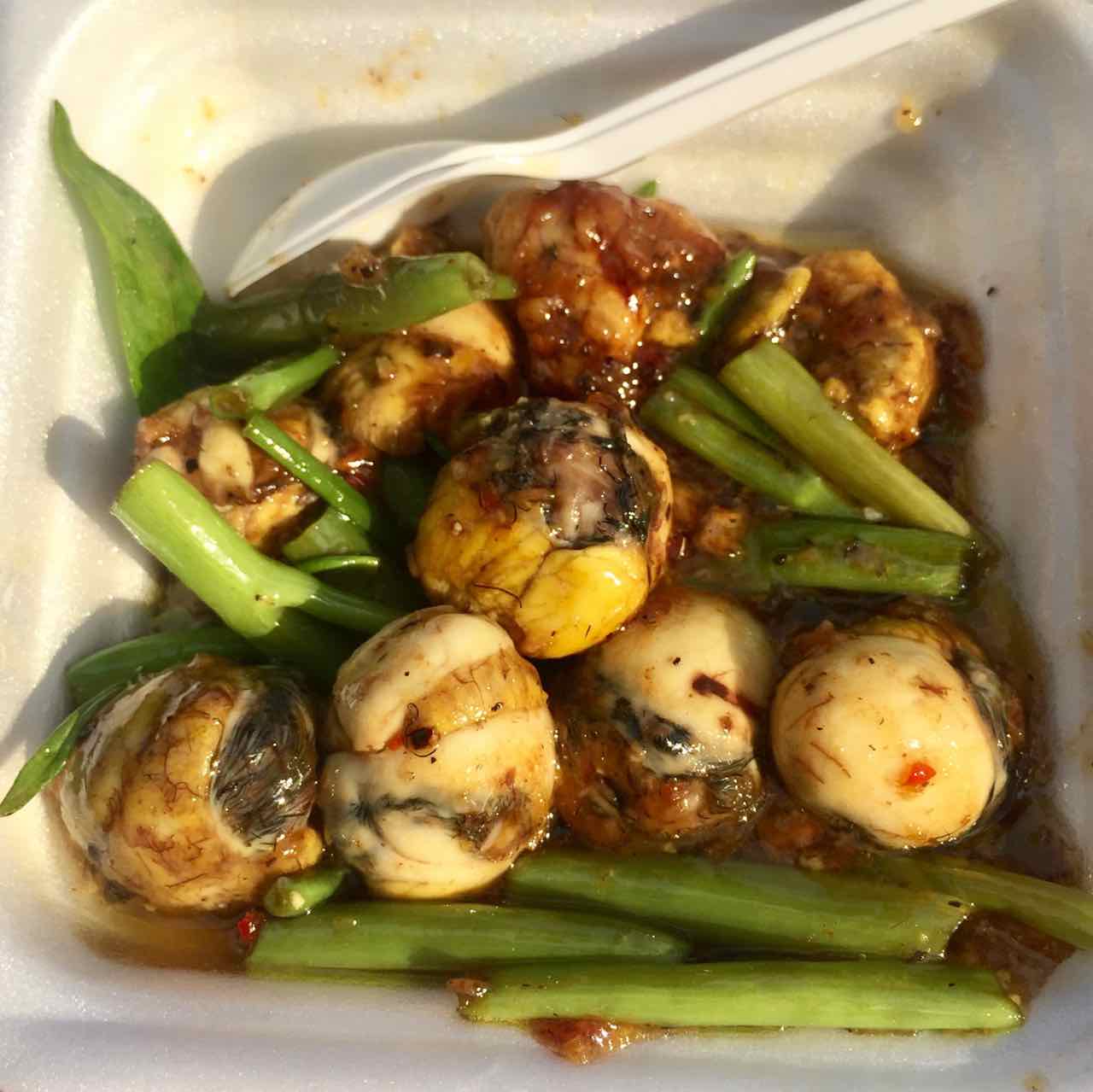 A street food that will challenge your courage. A fertilized duck egg. Yes, it's an egg with a bird embryo inside.