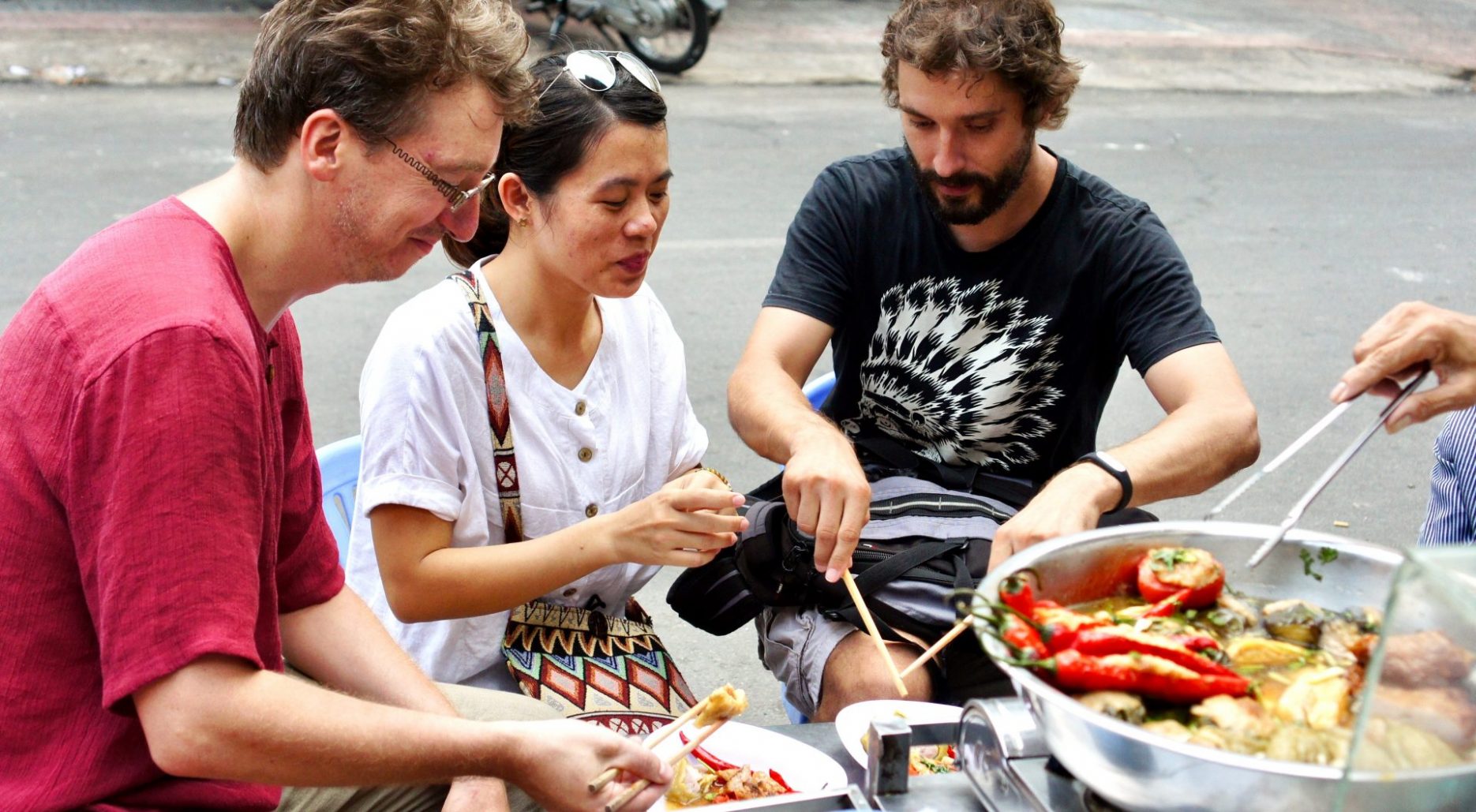 Over the centuries, Vietnamese cooks adopted techniques, ingredients, and recipes of their conquering overlords, trading partners, and neighbouring nations, and created a cuisine that is arguably one of the best in the world.

Vietnam’s three main areas, the north, central, and south, have their own regional culinary variations, reflecting their different climates, cultures, and traditions. You can read more about geography of Vietnam here.

The simplicity is the root of the good food

When you get a chance, take a good look at traditional Vietnamese kitchen. You might be surprised by its simplicity. It consists of a strong flame and some very basic cooking essentials such as basic cutting utensils, a mortar and pestle, and a well-blackened pot or two. For many Vietnamese cooks, their kitchen is kind of a sacred place. The kitchen even has its own deity named Ong Tao or the Kitchen God. This spiritual guardian of the hearth must have its due and the most important object in the kitchen is not the flame, nor the cooking utensils but his altar.

Vietnamese Flavours – The yin and yang theory of flavours

The flavours of Vietnam are fresh and light, featuring herbs such as basil, Vietnamese mint, lemongrass, coriander / cilantro. The great attention is paid to the colours, spices, textures, and presentation style which applies to even the most humble dishes. Vietnamese cooks believe that each dish should appeal to all five senses. Many follow the Chinese belief that each meal should contain a yin-yang balance of “hot” and “cooling” foods.

The concept of five flavour as life elements

The culinary extension of the yin and yang theory is the concept of five flavour: salty, bitter, sour, spicy and sweet. Each of these flavours corresponds to the five elements of life — water, fire, wood, metal and earth — which are believed to be present around us and within us.

In the world of food, water is represented by salty and black, fire by bitter and red, wood by sour and green, metal by spicy and white, and earth by sweet and the colours yellow, orange and brown.

It is the masterful combination of these properties and elements that gives every meal a beautiful look, texture and balance.