In Vietnamese language the word “Bánh mì” ( or Bánh Mỳ in North Vietnam ) means plain “bread” however, in daily vernacular it is commonly understood as a crunchy, baguette-like, bread roll, generously filled with meat and vegetables. It’s super popular among Vietnamese as easy to get take-way fast-food snack. It’s not as filling as western-style burgers so get two if you are hungry.

A more accurate but less common name name is “Bánh Mì Kẹp” or “Bánh Mì Sài Gòn” after the city in which it was popularized. 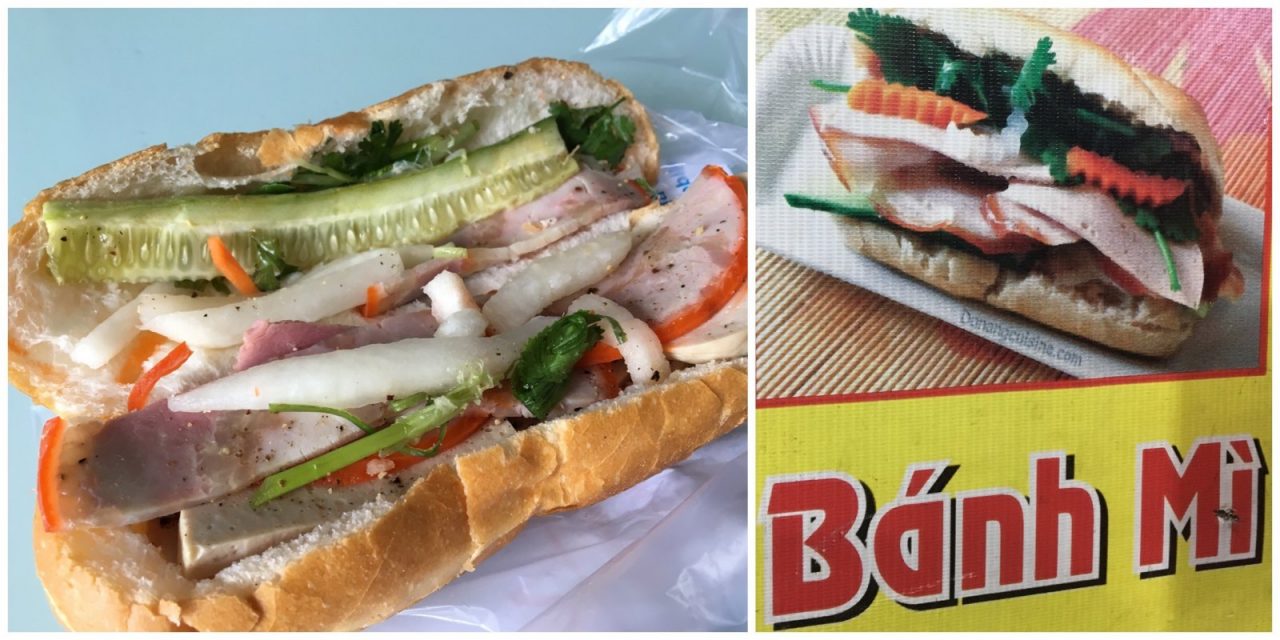 The most popular variety of Vietnamese “bánh mì ” sandwich is bánh mì thịt, where thịt means “meat”. As the name suggests, it’s made with various Vietnamese cold cuts, such as sliced pork or pork belly, chả lụa (pork sausage), and cheese, along with the liver pâté and vegetables such as shredded carrots and cucumbers.

A bánh mì bread typically consists of one or more meats, complemented by vegetables and condiments (see the images below).

A simple and easy to get snack, commnly sold around parks and public places. Basically fried street corn. 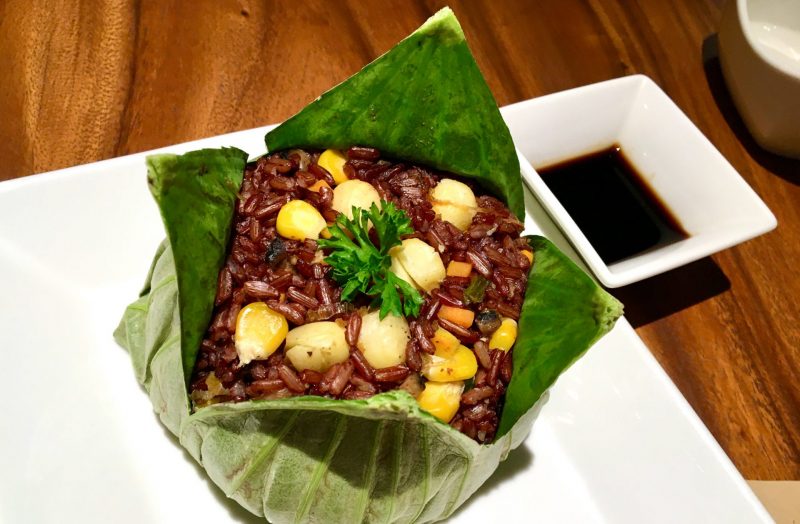 A mixture of shrimp, chicken, lotus seeds, carrot, radish and steamed rice, all aesthetically wrapped in a lotus leaf. 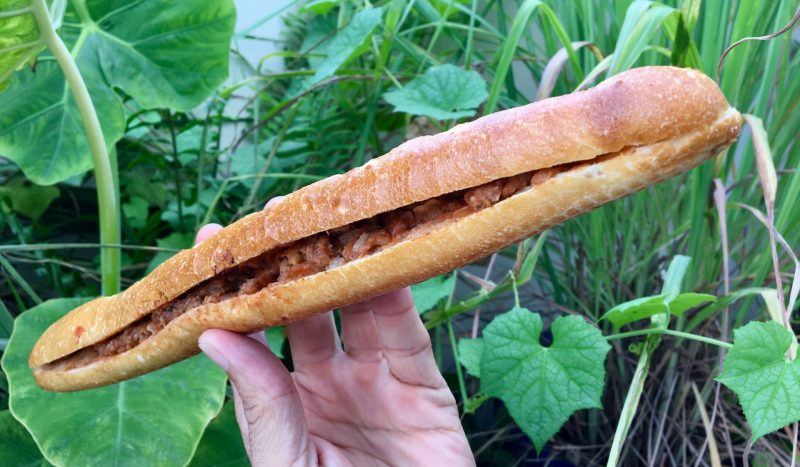