Bánh Hủ Tiếu are white, thin and squarish in cross-cut noodles super popular across South East Asia. In Vietnam, it’s known as rice noodles called Bánh Hủ Tiếu. “It’s a special kind of noodles,” I was reminded by one of my Vietnamese friends. “Hủ Tiếu is made of tapioca. Not rice, as many people believe. And it should be transparent. The white version of Hủ Tiếu isn’t really Hủ Tiếu as it’s made of rice. However, colloquially it might be called as such, but more precisely it should be: Hủ tiếu Sa Đéc.”

In terms of taste, when cooked, Hủ Tiếu noodles are a little chewy, clear and somewhat sticky.

Hủ Tiếu also refers to a rice-noodles dish; made of tapioca (rice) noodles with pork stock and toppings. Alternatively, it can be served with prawns, octopus, cuttlefish, and snails in which case it’s called: Hủ tiếu Mỹ Tho (“Mỹ Tho kuy teav”).

The popular Vietnamese breakfast dish of a working class

Vietnamese like to eat their Hủ Tiếu dish for breakfast or as a quick snack when on the road or it between daily tasks. It’s usually served either as a soup (hủ tiếu nước) or as a salad (hủ tiếu khô). It’s a cheap and abundant morning dish, especially around construction sites and factories.

Hủ tiếu became popular in the 1960s in southern Vietnam, especially in Saigon. 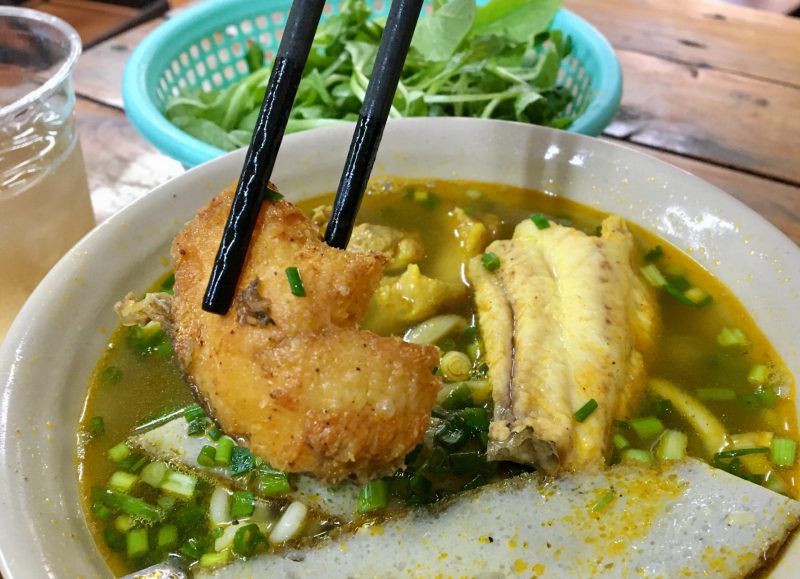 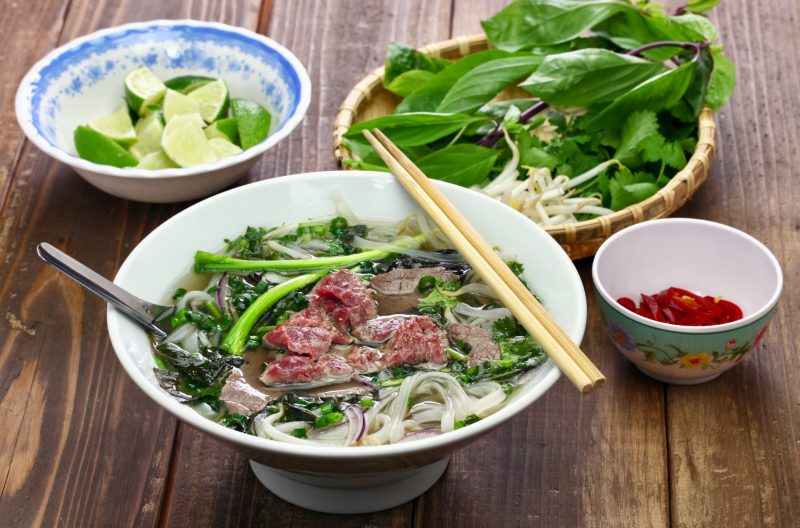