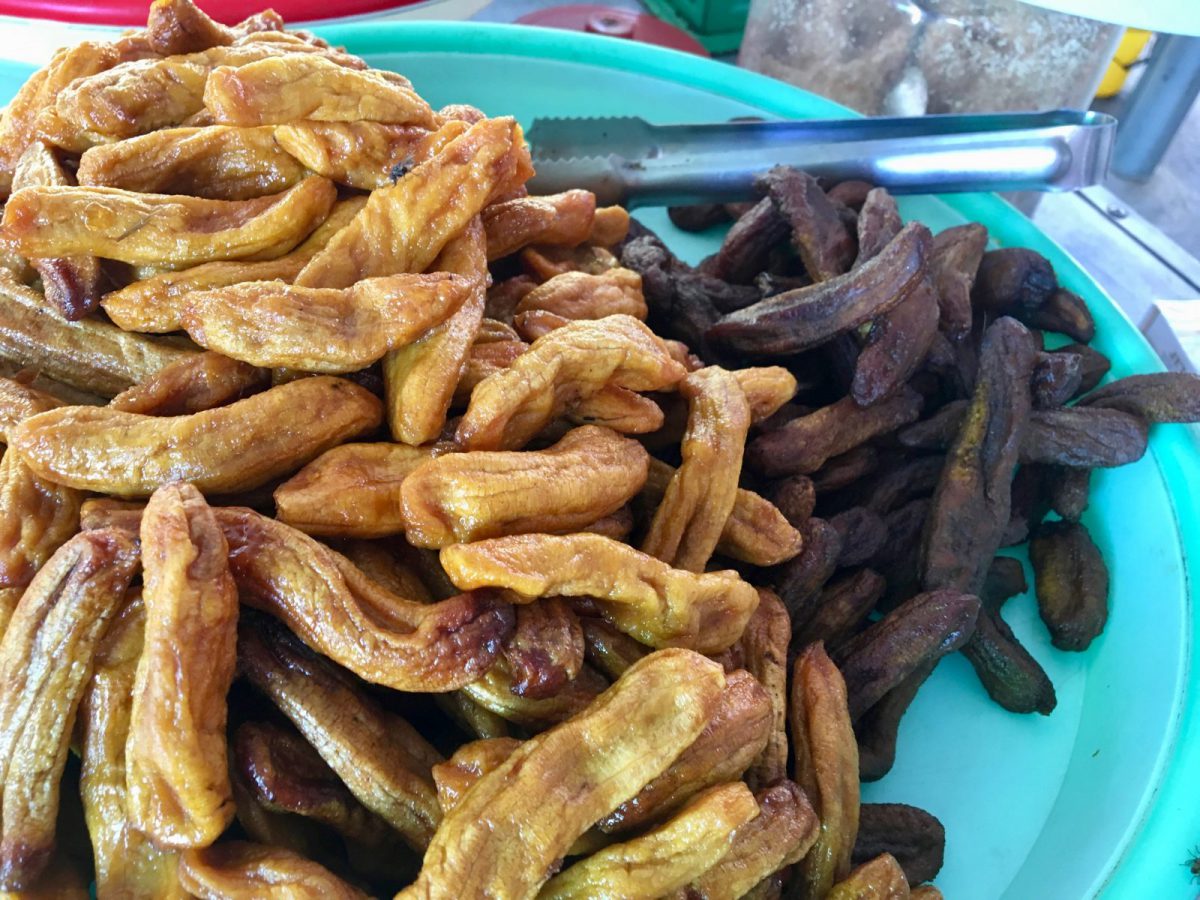 Mứt chuối khô is a popular Vietnamese sweet banana snack, known to English speakers as “dried banana fingers”. The snack is especially popular in rural areas where fruit and bananas are superabundant. “Abundance of fruit also means that people seek for new ways to preserve or consume the fruit,” says Phu, who I travelled around South Vietnam. He has been a great guide and culinary advisor.

Mứt chuối khô is uniquely Vietnamese banana dessert. What you see is what you get. Even though it’s a bit hard to guess at first, it’s just bananas. Dried on the sun until shrunken into the wrinkly sweet dessert that resembles fingers. 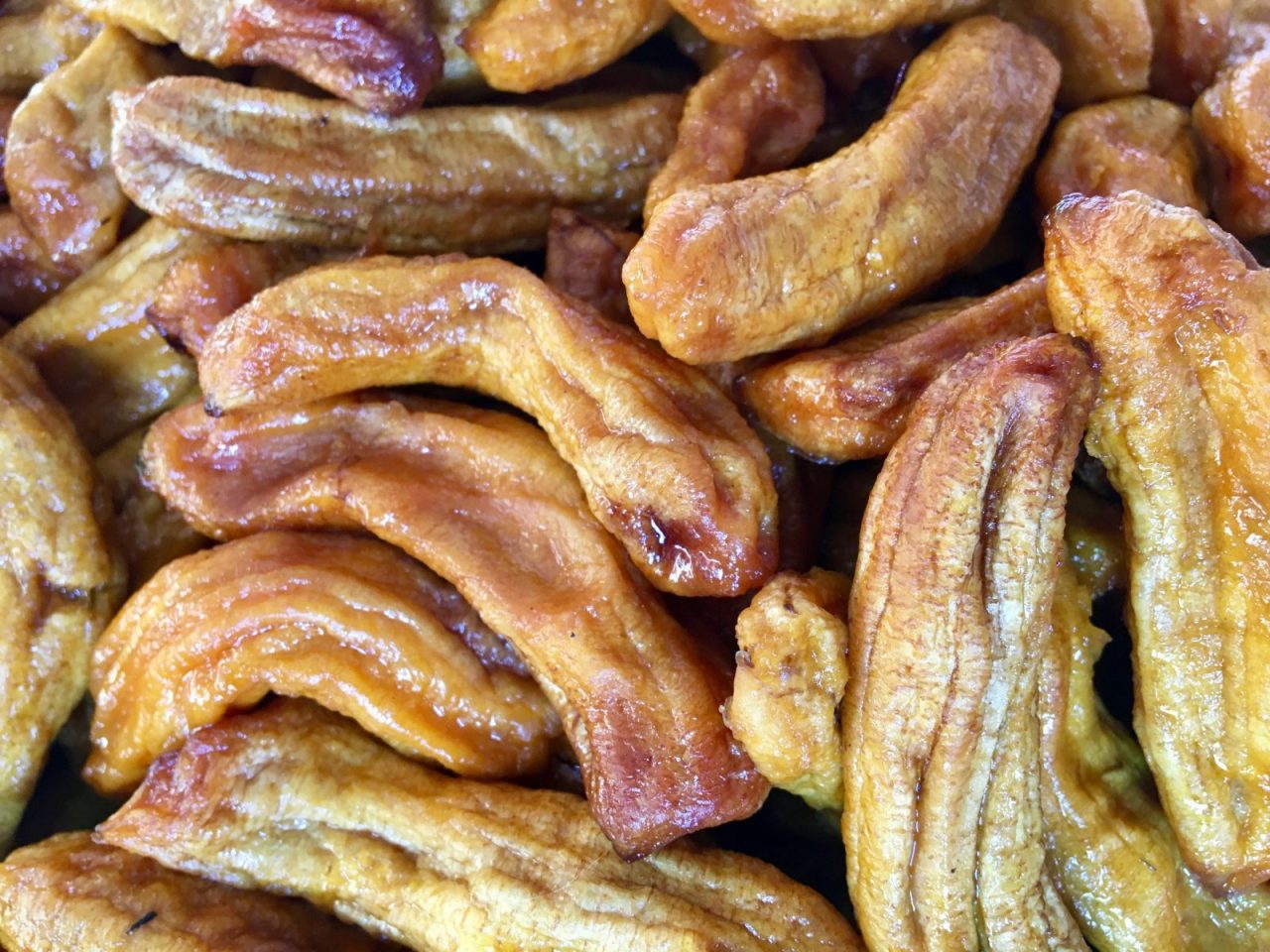 Sweet in taste, chewy in texture and healthy

Unlike famous Vietnamese banana chips which are crunchy and not very sweet, Mứt chuối khô is chewy in texture and honey-sweet in taste. According to one of my expat friends, this Vietnamese banana snacks is as addicting as soft-baked chocolate chip cookies, but healthier and therefore something you can nibble on with a clean conscience.

The Vietnamese dried bananas come in many shapes and sizes. Sometimes they are pressed into flat sheets, then laid on bamboo panels and dried under the sun. It takes 3-5 bananas to make one sheet. This pancake-like, crunchy snack is famous in Cà Mau province where it is known as chuối khô. However, Mứt chuối khô — chewy dried banana fingers — is prepared in a different way. The whole banana is dried until it looks like a finger-long wrinkly banana dessert as seen on the pictures above. 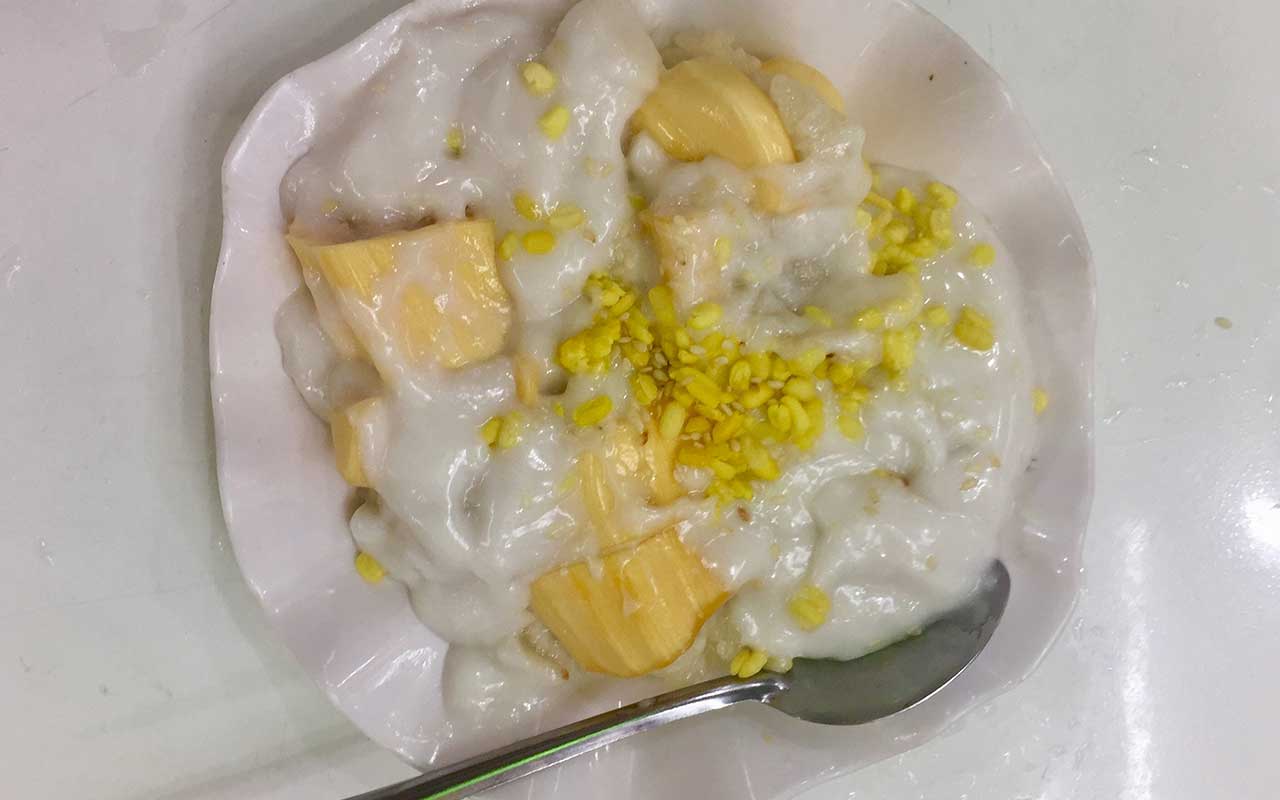 Vietnamese variation on the popular mango sticky rice from Thailand. 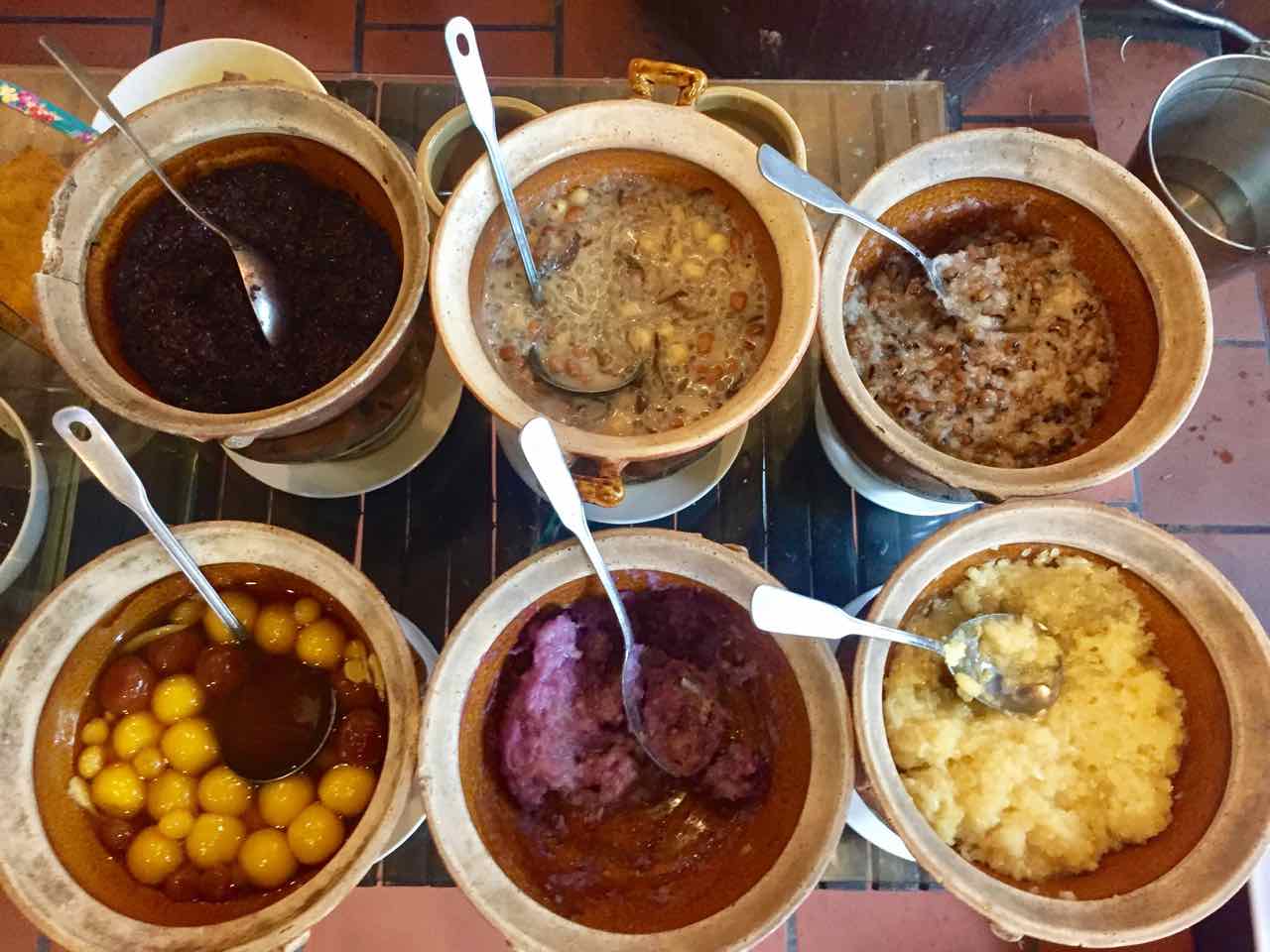 Sweet beverage, usually available in the form of pudding, or as a plain drink.

Star-shaped fruit, mildly "floral tasting" and similar in texture to an Asian pear.