Khế  (star fruit) also known as carambola is a pretty star-shaped fruit. When it comes to taste, it resembles western redcurrants. It is sweet (or sour) and mildly ” floral tasting” fruit, similar in texture to an Asian pear. In Vietnam, the ripened yellow fruit is usually enjoyed as a juicy snack. The green immature fruit is sliced finely and served as a tangy vegetable, either as an accompaniment to grilled meats or as part of a table salad.

When eaten “green” (above) star fruit tastes quite sour however when ripened to its yellow colour (below) it tastes sweet and very similar to western redcurrants. 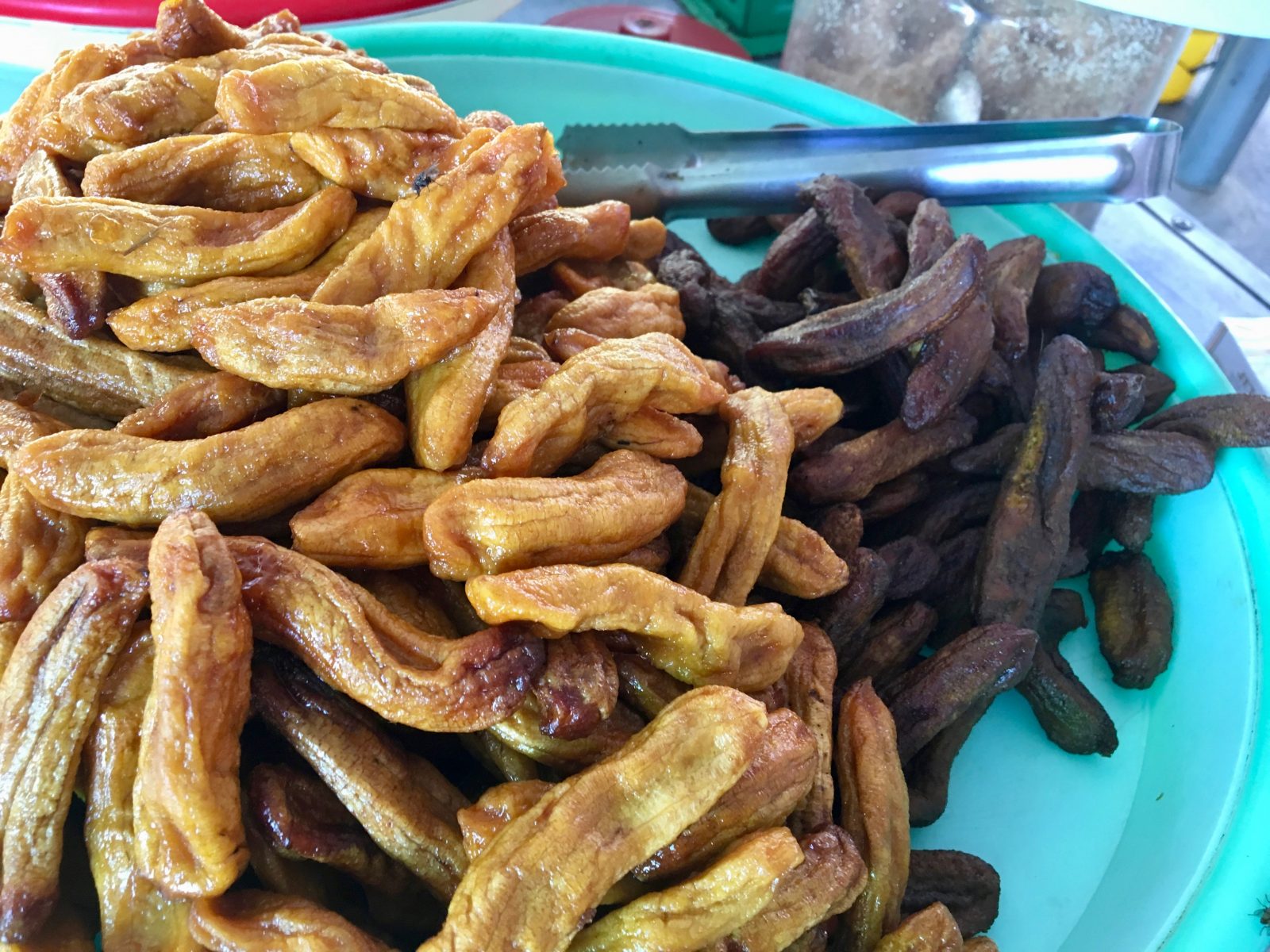 Dried on the sun bananas, shrunken into this wrinkly sweet dessert that resembles fingers.