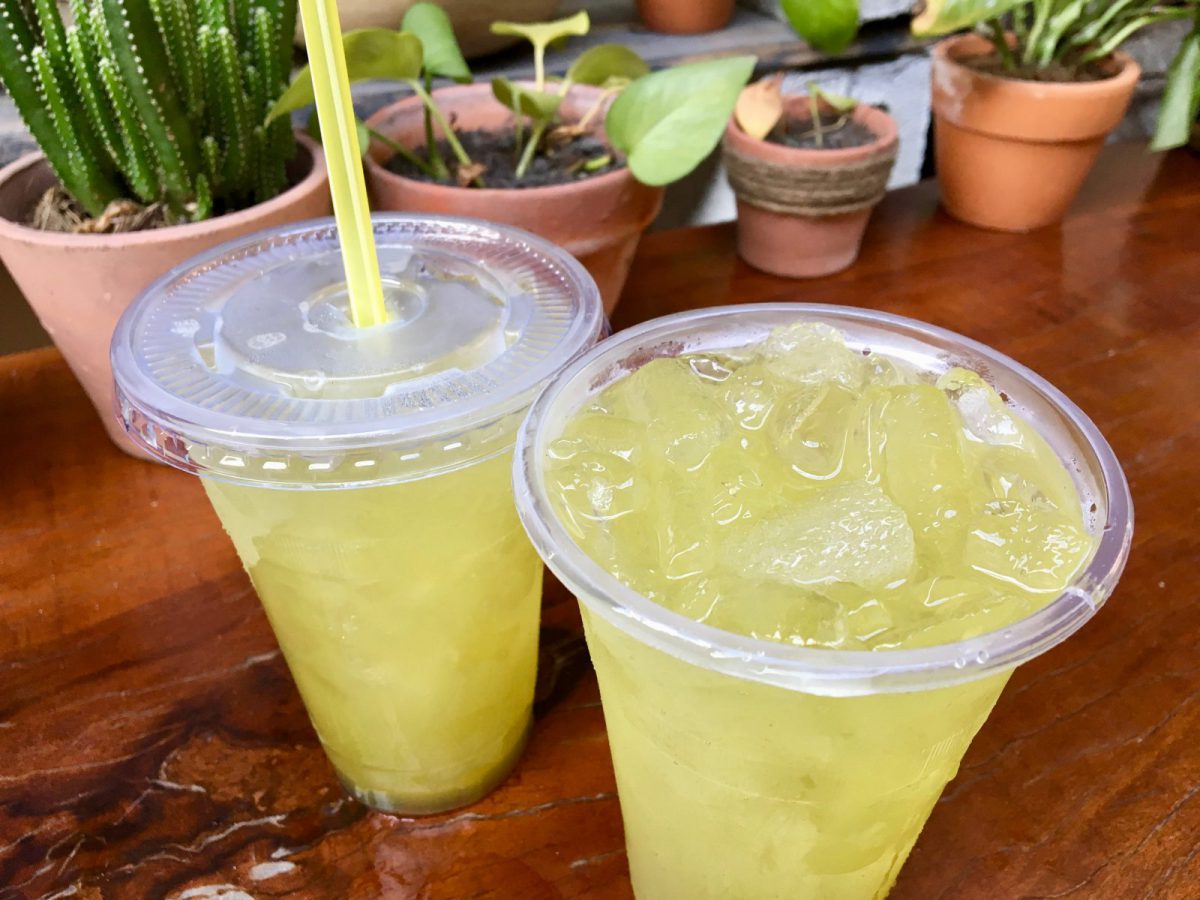 Nước Mía, sometimes also called Mía đá, is a sugarcane juice extracted from pressed sugarcane sticks and it’s a very popular and refreshing drink in Vietnam. Popularity among locals is probably due to the hot climate and the fact that the plant is commercially grown in South East Asia and therefore easily available almost everywhere.

Taste of Nước Mía – the kick of mild sweetness

Nước Mía is tropically sweet drink with a slightly grainy texture. It will quench your thirst while you are drinking it but expect to get even thirstier soon after you are done with it. 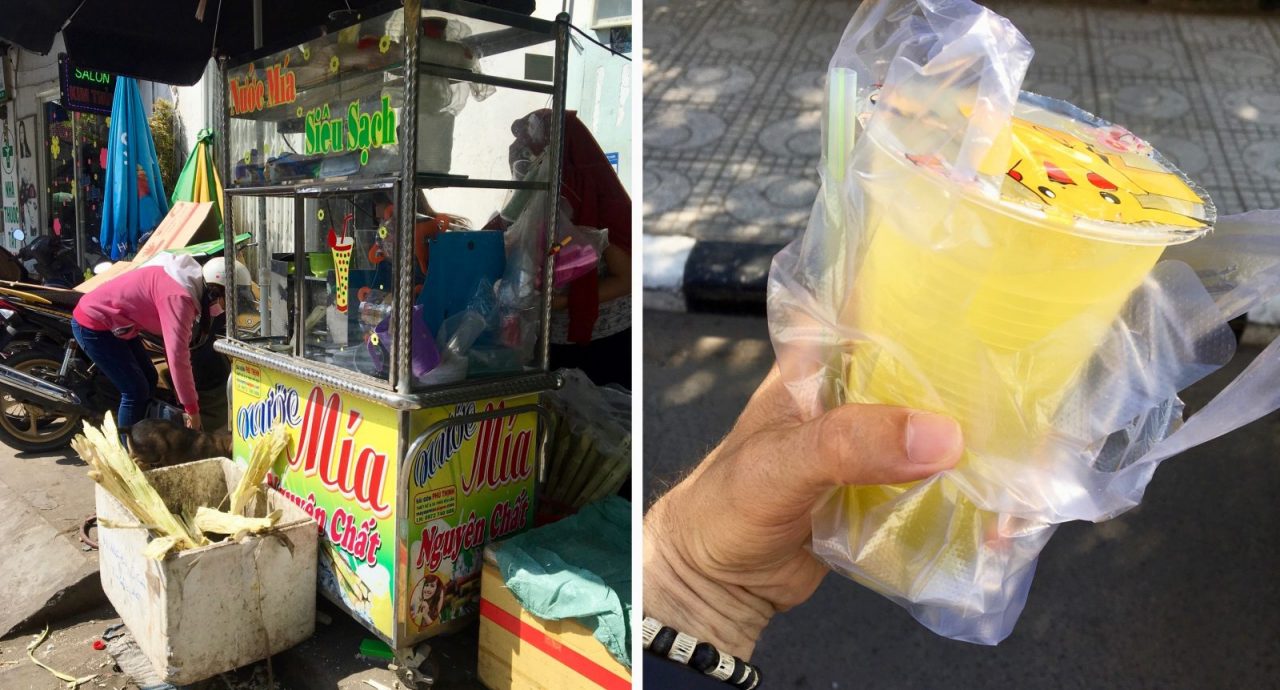 Nước Mía (sugarcane juice) is easy to spot around Vietnam, a frothy bright yellow drink that comes usually in a plastic cup.

Sugarcane juice can be easily purchased for about 5000 VND (15-20cents) from many small street stalls. It is often sold alongside other popular Asian beverages. Just look for a sign that says “Nuoc Mia”. A kind of a boxy-looking stall with something that resembles a mangle or wringer inside. Two rollers in a sturdy frame connected by cogs, sometimes powered by a hand crank or electric engine. The mechanism is used to press the sugarcane sticks and squeeze the juice out of them. That’s your sugarcane juice seller. 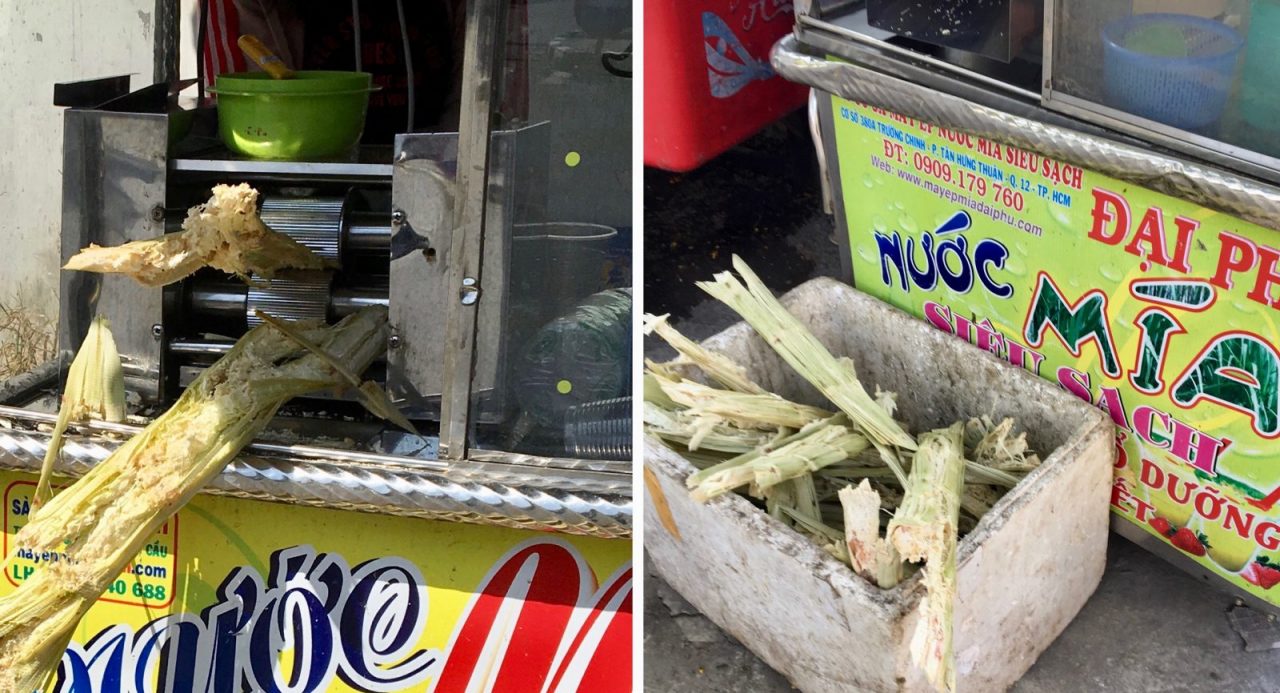 The sugarcane sticks get pressed through the rollers a few times until there is no liquid left in them and the leftovers (mangled sticks) are then thrown into a box usually in front of the stall. Another sign that you stumbled upon sugarcane stall – the sugarcane carcasses left in a pile in front of the machine.

The cost of sugarcane juice in Vietnam

The average cost per plastic cup is around 5000VND (15-20cents). It used to be sold in small plastic bags filled with ice and with an open end attached around a drinking straw by a rubber band. However, these days it’s more common to get your sweet nectar in a disposable plastic cup as seen on the pictures above. 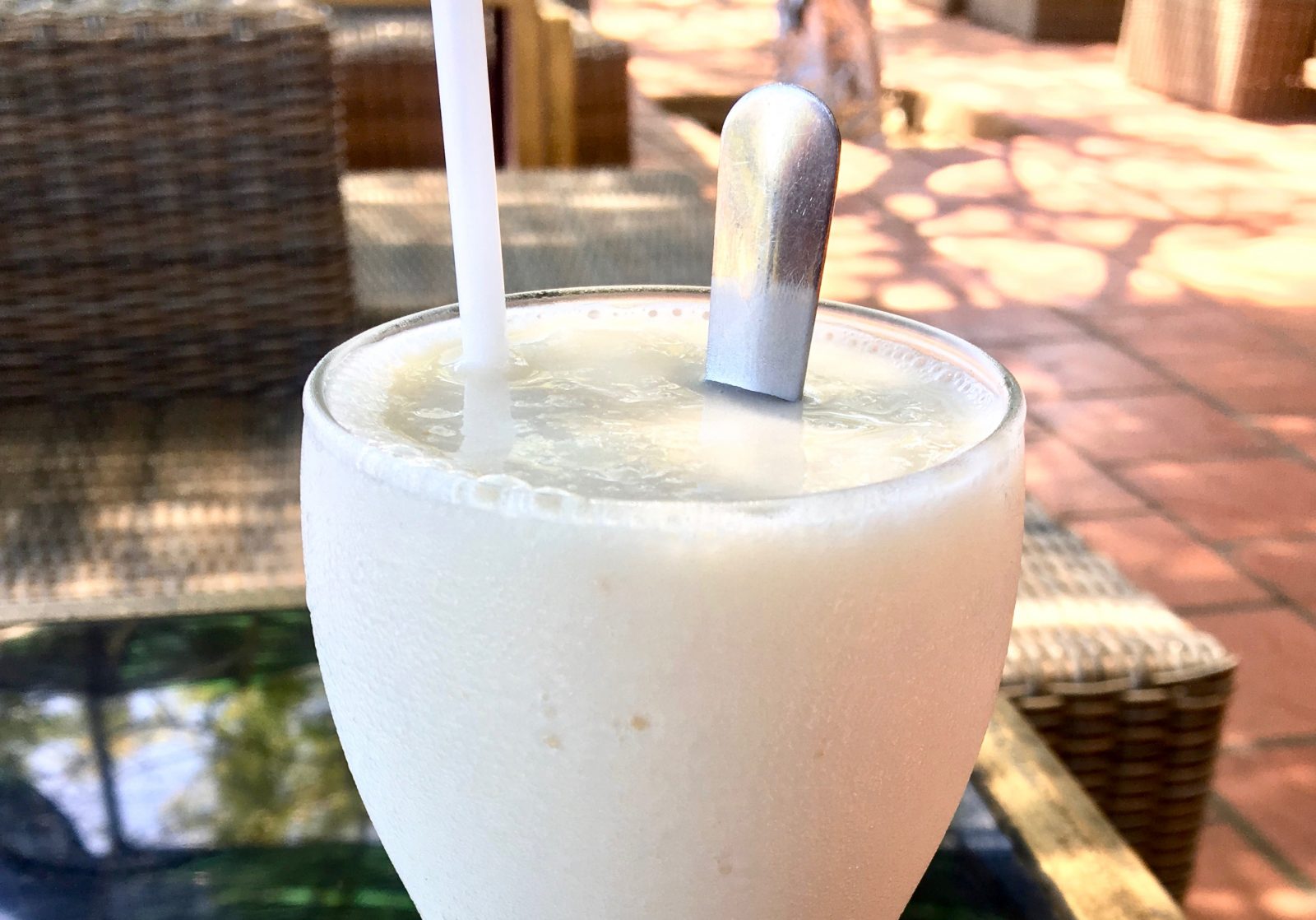 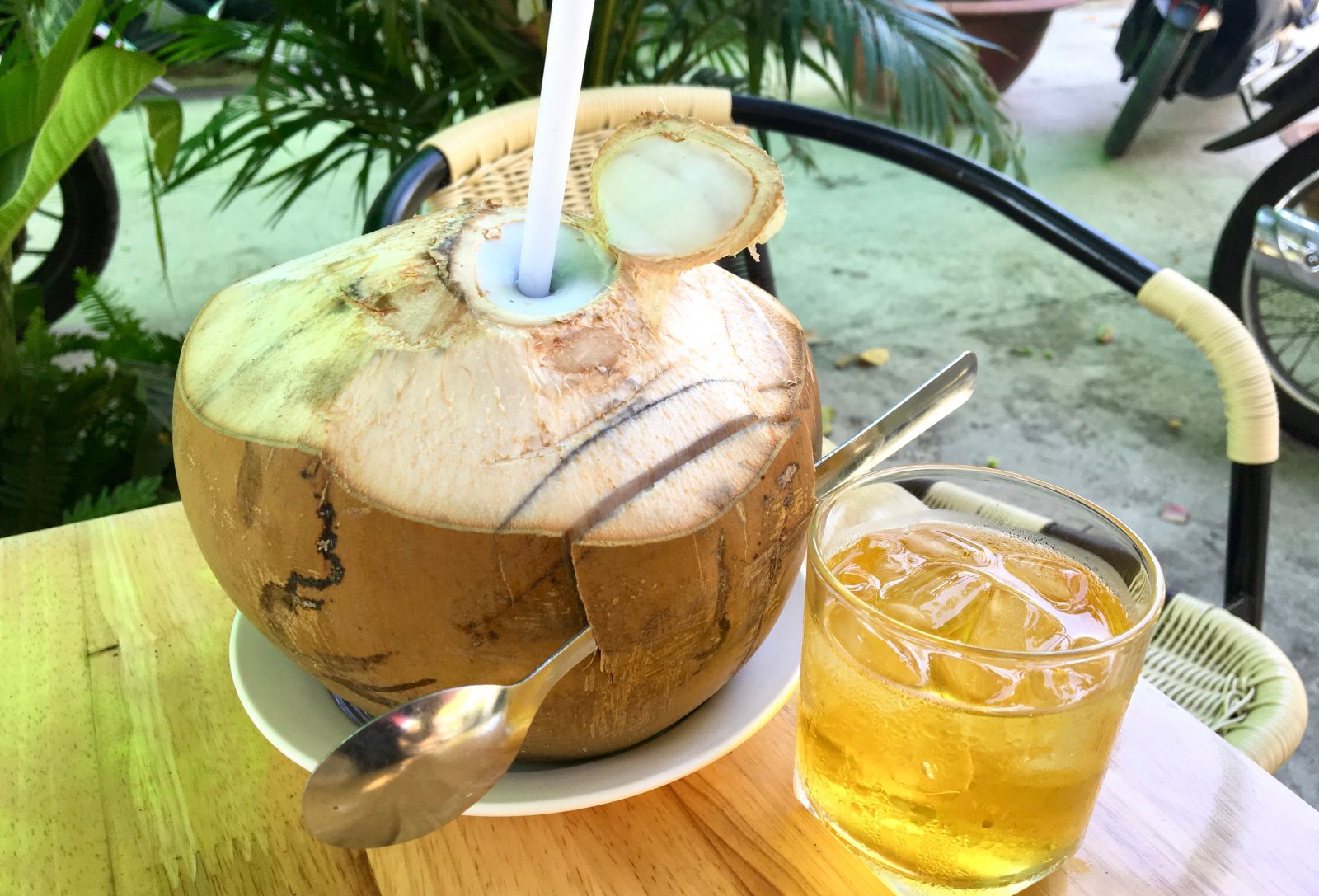