Rice is one of the healthiest staple foods on the planet

In Vietnam, rice is regarded as the “staff of life”. It plays an important role as a staple food as well as in the economy and the culture. There are even rigorous rice-cooking competitions based on the tradition of preparing rice for soldiers going into battle.

Rich in carbohydrate and containing vitamins A and B, rice is one of the healthiest staple foods on the planet. Traditionally rice is boiled or steamed, then may be stir-fried and in the case of sticky rice, it is steamed until it resembles porridge.

It is also used to make vinegar and wine, and it is indispensable when ground into flour to make French-style baguettes and crepes, the ubiquitous, paper-thin wrappers used for spring rolls, and dried and fresh noodles.

The long, short and sticky

In Vietnam, there are three main groups of rice: long grain, short grain, and sticky “glutinous” rice. The most widely grown and the most frequently consumed is the long grain; however in the cooler northern regions of Vietnam, the plumper short grain sometimes takes preference. Sticky rice is often used in porridge-style dishes and wrapped in banana leaves to make savoury and sweet “cakes”.

The third largest rice-exporter on the planet

Vietnam with its lush carpeted valleys and hillside terraces of fertile, well-irrigated rice crops, ranks third in the rice-export game, behind the United States and Thailand, producing a number of varieties that differ in aroma, flavour, and gluten content. Vietnam’s principal rice bowls can be found in the land around the Red River in the north and the Mekong Delta in the south.

Although the texture and nutritional qualities of the red and brown grains are much greater, the regular and glutinous varieties of rice are more popular in Vietnam.  Most local dishes call for the polished varieties to form the basis of a meal that is later well balanced by vegetables, herbs and spices.

Vietnamese can be pretty passionate about their rice. When buying, the quality and texture of the grain will be discussed at length as each cook requires a particular rice for his meal. Several long grain and glutinous varieties are available in Asian stores and supermarkets. 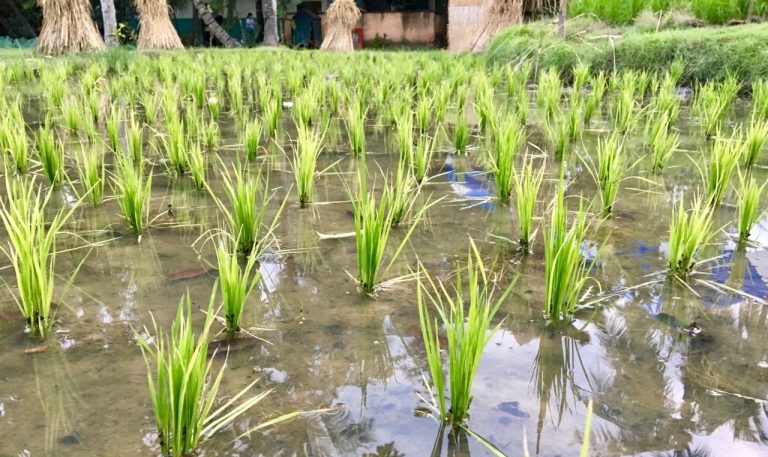