Vietnam’s most popular seasoning is nước mắm, a fermented fish sauce. Something most westerners don’t like on the first try. It takes some time to get accustomed to its strong fishy taste. However once they acquire preference for this particular taste, it’s hard to imagine eating Vietnamese food without it.

Be aware of somewhat equivocal meaning of “Nước mắm”

“Nước mắm” means “fish sauce” – the fermented, dark-brown, salty fish sauce seasoning that comes straight from the bottle called Squid Brand, or Phu Quoc, or Three Crabs (Viet Huong). But it also refers to slightly sweet and tangy, light brown sauce that people dip spring rolls in. Both of them are collectively referred to as “Nước mắm.” Don’t ask me why.

On the left is “Nước mắm chấm” as compared to the pure fish sauce called “Nước mắm”.

One more thing! When people refer to the dipping sauce version of nước mắm (on the picture above / left), they call it “nuoc mam pha,” which means “mixed fish sauce,” or “nuoc mam cham,” which means “fish sauce for dipping.” Keep in mind that in vernacular language, Vietnamese don’t use the words “cham” or “pha” to distinguish between the pure-from-the-bottle fish sauce and the mixed-with-lime-chili-sugar-garlic-dipping-sauce version. It’s all just “nước mắm” for them. 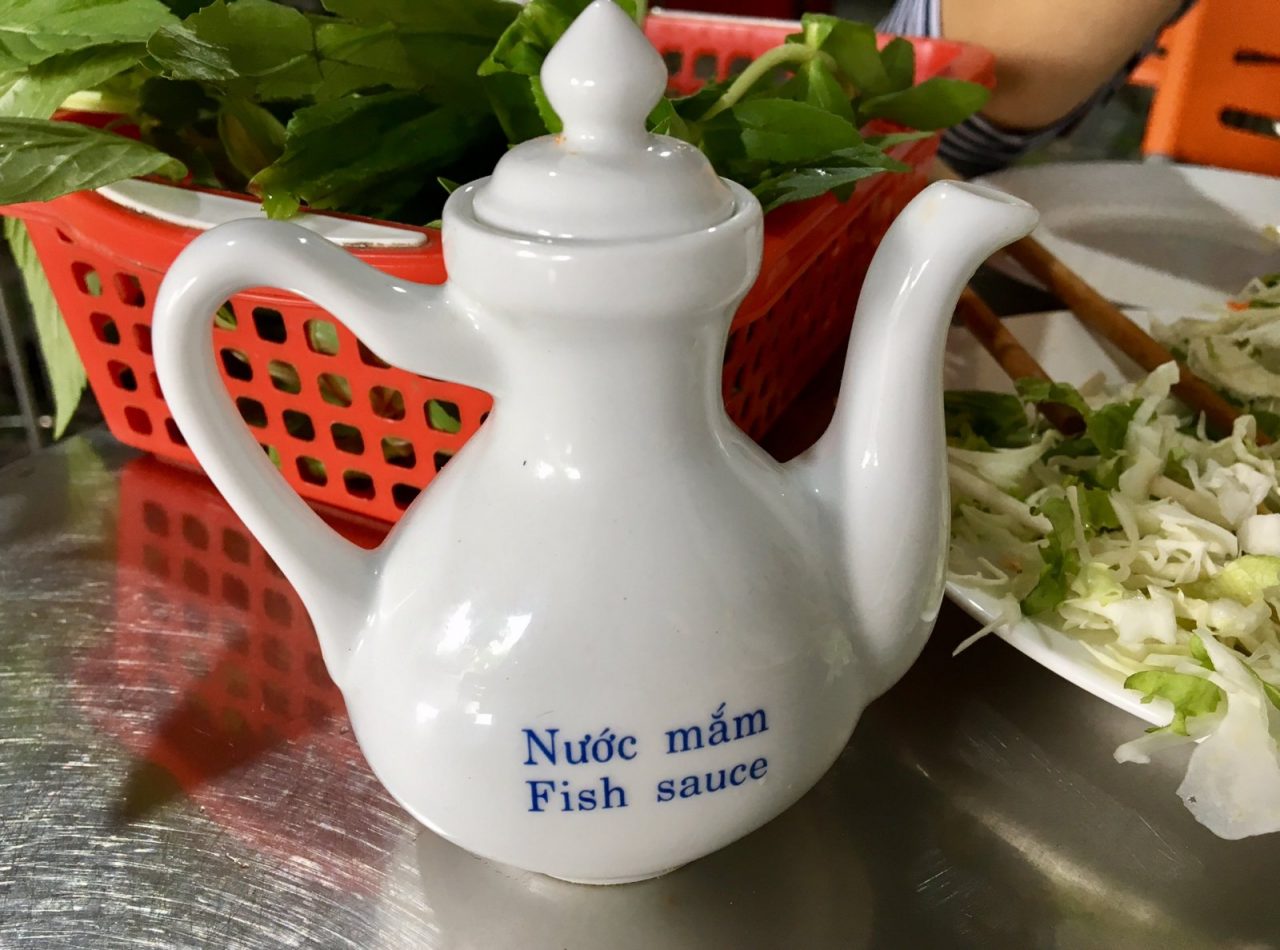